Voice of the Storm

Now you need to decide fast !

Those who want to work for peace on Earth need to call up courage, decidedness and energy for action force now !

Otherwise it is too late !

The silent, voiceless majority needs to awaken now and stand up – initiate action for peace !

Don’t let yourself be further manipulated and suppressed !

All that is false and all that is concealed from the Nations and from the people is shameful and shocking !

It is crucially important to act quickly ! Now !

The Earth does not sustain another war. The forces of nature will show themselves with power ! – The armies are the biggest enemies of the environment !

The most dangerous pollution of the land, the water and the air comes from the weapons, from the exercises and manoeuvres. And the horrifying wars around the whole earth are pushing you closer to death by suffocation !

For the benefit of the children ! 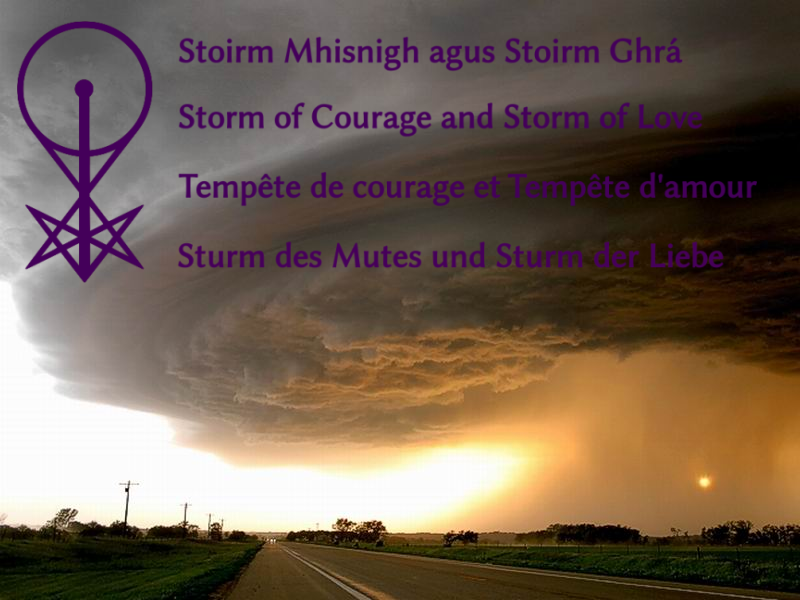 Friends!
People!
Stand still for once!

Hold your breath! Quickly open your eyes and look!

Open your ears and listen!

Open your heart and come around. You, the silent 8 billions!

Stand up, you people who bear everything! It is about life or death!

It is about peace and freedom! It is about the present and the future of this one good earth!

Do you want to wait until your self-proclaimed kings drag you into the gaping jaws of world war?
Do you want to stand by when the earth gets destroyed?
Do you have children to let them be slaughtered? Stand up, you peoples, against the warmongers – WORLDWIDE!

On September 22nd at the time of the equinox, when the Moon of Life stands with Jupiter of Wisdom, dress in white, let yourself be seen! Go on the roads, demonstrate for peace.

Begin today to send out urgent letters to the government, to the newspapers and make it clear that you don't want this war.

Bring this message to all your friends. Multiply this call to reach billions.

Show your power for peace.